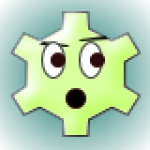 This report is for Anglins Fishing Pier

Well, fishing has been on the better side this week.  Keeper yellowtail snappers every day this week, also Mutton snappers and blue runners as well. A hogfish on Monday, Tuesday Triggers,  Cuda’s,  YT snapper.  Things really heated up on Wednesday with a large school of  100 or so of  35-40 lb Jack Crevalles  as they came by a few were hooked, but if they didn’t break you off, they spooled you.  Not one was brought in at Anglins Fishing Pier.  A nice 50+  Tarpon was landed.

Tarpon are passing more consistently and the same person also caught a nice Mutton yesterday. (person holding the Mutton is not who caught it.)

Horse eye Jacks, a lot of Mangrove snapper around using live shrimp under the pier, a good amount of Cero Macks were caught yesterday between 4 and 5 lbs.

So, if you like Tarpon fishing the time is NOW for the next few weeks it should be good.

Greenies on the pier shadowline in the day, Goggle eyes aren’t real thick and you have to hunt them down.  Pilchards in and out due to the predators hanging close to the pier. Small schools of ballyhoo in and out, crabs when the water is a little dirty and you need current – micro Baits in the trough.

Find the bite and catch the fish, Tommy A aka the Boatlessfisherman…a Fishing Friend